The Best Lager Cocktails in Whistler

It’s been an epic day of fresh lines and face shots – and now it’s time to ski out where you can give your legs a rest and, re-hydrate, shall we say? It’s no secret that Whistler knows how to party, and that Gibbons is proud to announce its own Après Lager has stepped onto the scene to help you embrace the true magic of Whistler and the après lifestyle. This brew has been tested and perfected over the past few years and is ideal as a quencher after a good day on the mountain when it’s time to wet your whistle! With our new beer in mind, here are a few lager cocktails you can find while bouncing around Whistler.

Available at The FireRock Lounge 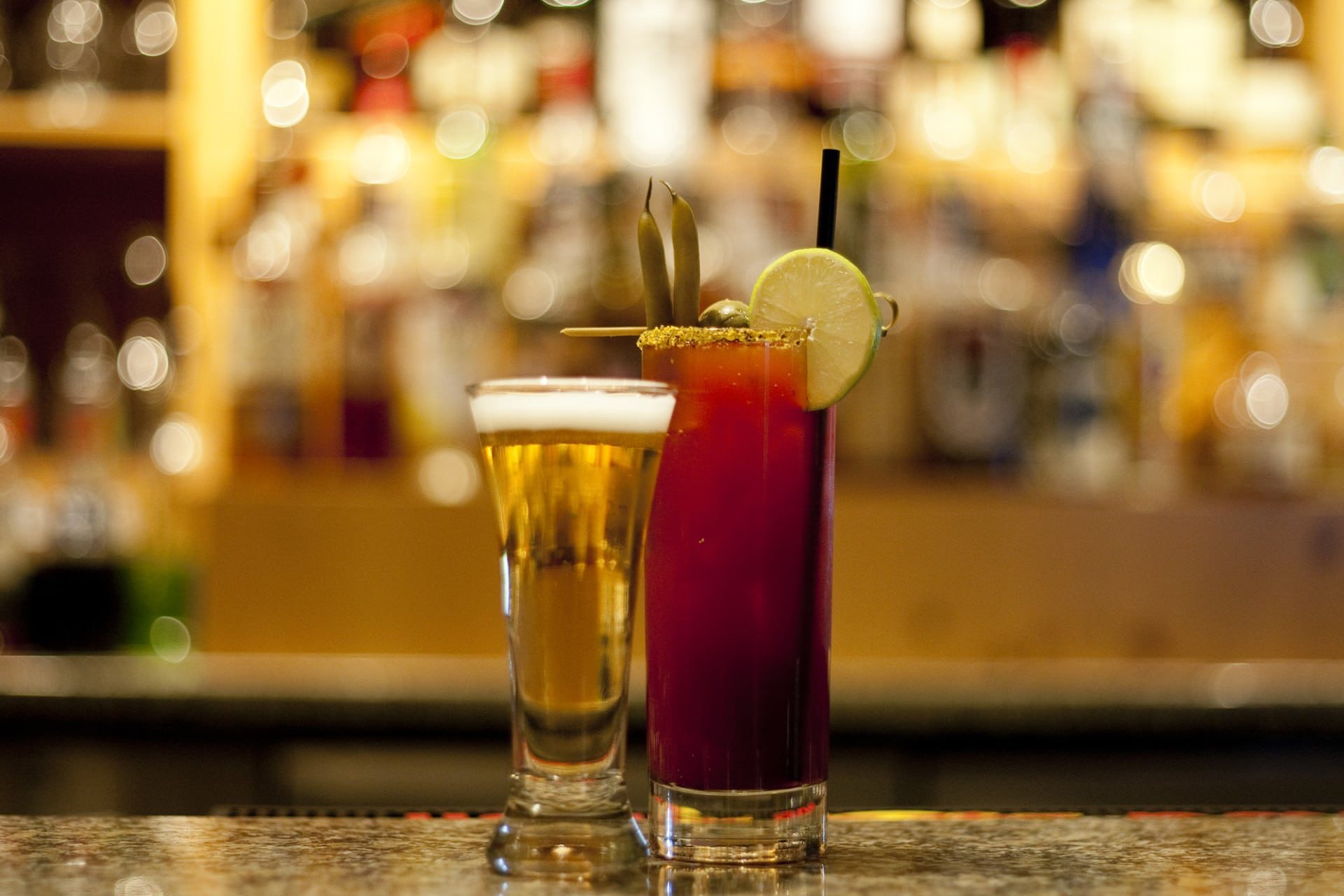 Olé! For a festive, Mexican treat try the Michelada.

If you’re not ready for the insanity of the village aprés scene, chill out at The FireRock Lounge. Comfy couches, the occasional DJ and some wicked munchies, the only way to relax any more is to order your favorite Mexican cocktail. Not a margarita, but festive nonetheless, meet the Michelada! This tasty beverage is much more than just a beer with Clamato juice, it’s seasoned and rimmed with spice and has fresh lime juice to boot. This little treat will make any lingering stress melt away. That is, until the wife calls and asks if you picked your kid up from ski school – lucky for you The FireRock Lounge is just steps away form the base of Whistler Mountain! 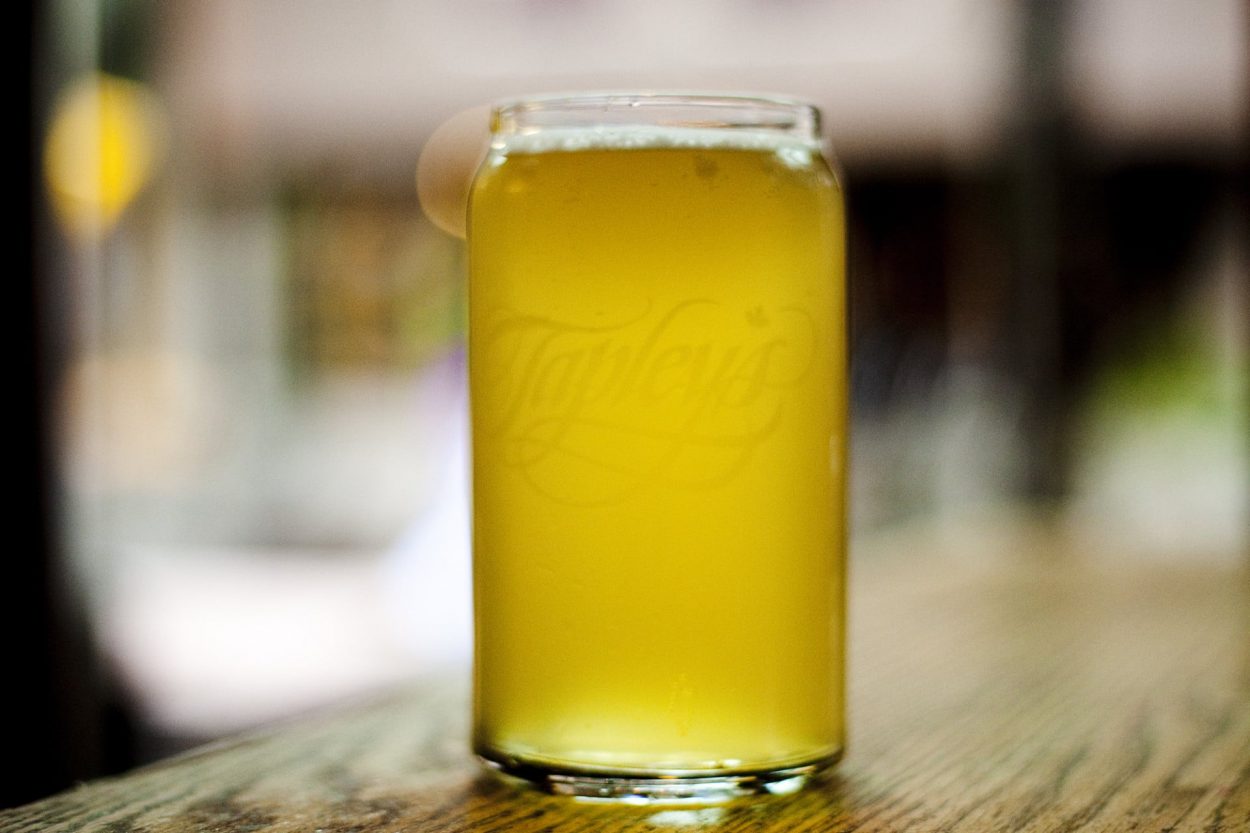 Light and easy. Keep things fresh, low key and tasty with a Shandy!

Known well by our British and Australian friends, the Shandy is a calmed down version of a full on beer. When the sun is out and it’s goggle tan weather, you want to be careful you don’t put a full buzz on while tanning on Tapley’s patio! Keep things fresh, low key and tasty with a Shandy! Cutting Gibbons Aprés Lager with Sprite or lemonade is a great way to celebrate – without leaving your skis at the bar! But hey if it happens, don’t worry too much, everyone has done it once.

Available at Longhorn Saloon and Grill 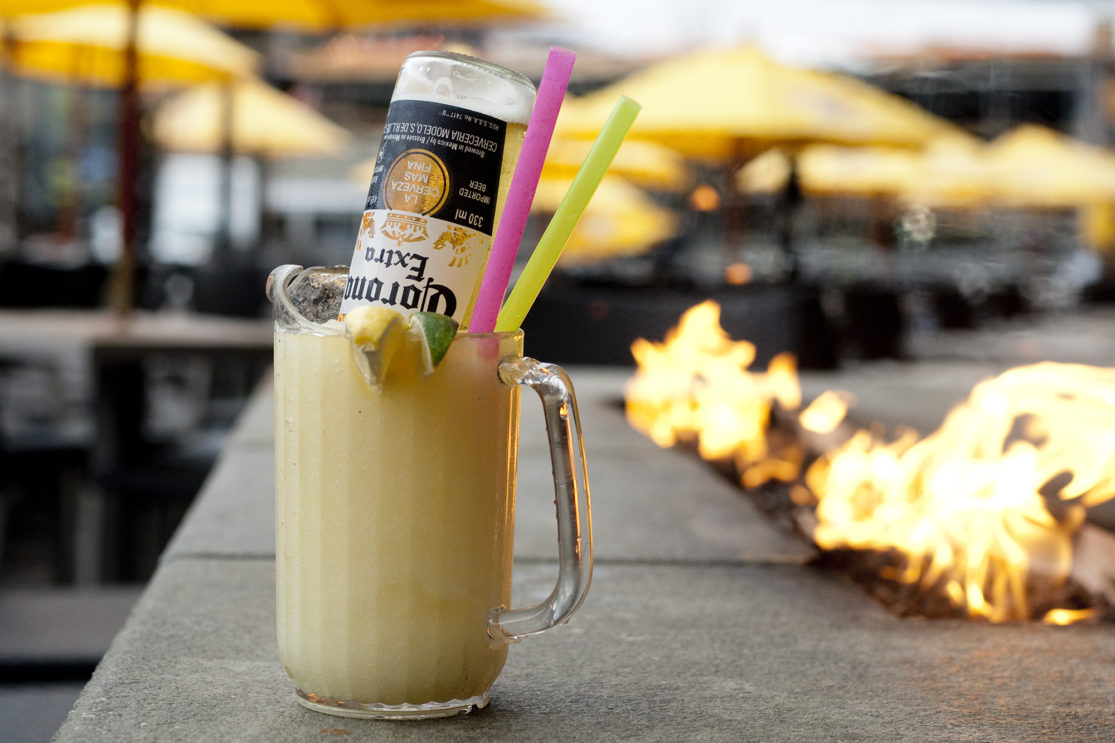 For the indecisive. When you can’t choose between a Margarita or a beer, the Bulldog is the perfect compromise.

It’s sweaty work making the long run down at the end of the day – especially on two legs that are already protesting. You might (should?) have your order in your head before you even set foot on the Longhorn patio. But what to choose? A cold Corona, or a double margarita? Fear not! You can get the best of both with this classic beer cocktail! The Bulldog looks complex, but is actually crazy simple. Take a large glass or small pitcher, fill ¾ full with a blended margarita and then tip a bottle of beer upside down in the margarita to slowly blend as you drink it though a straw. It’s one of those noticeable drinks, so don’t be surprised if the tables around you order a round as well! 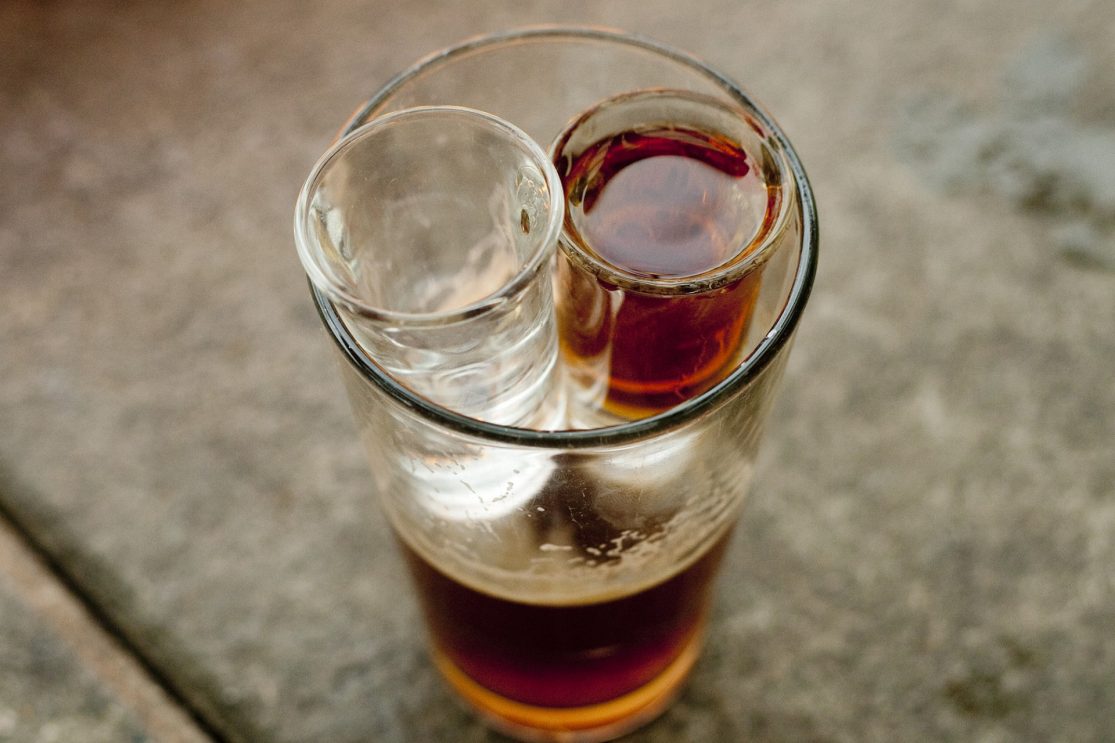 Looks can be deceiving. Kind of like your après plan, the Dr. Pepper shot is not as innocent as it may seem.

When your après session leads you to wearing your ski boots to the nightclub, you can’t go wrong with a Dr. Pepper shot at Garfinkel’s. These lager cocktails, made of Amaretto dropped into a bath of cola and Gibbons Après Lager, innocently look like a drink but are pounded like a big ol’ shooter! It’s kind of like your après plan, starting innocent and now look where you’ve ended up – nothing left to do but keep that après train going all night long! If you like the soft drink with the same name, this one’s for you. 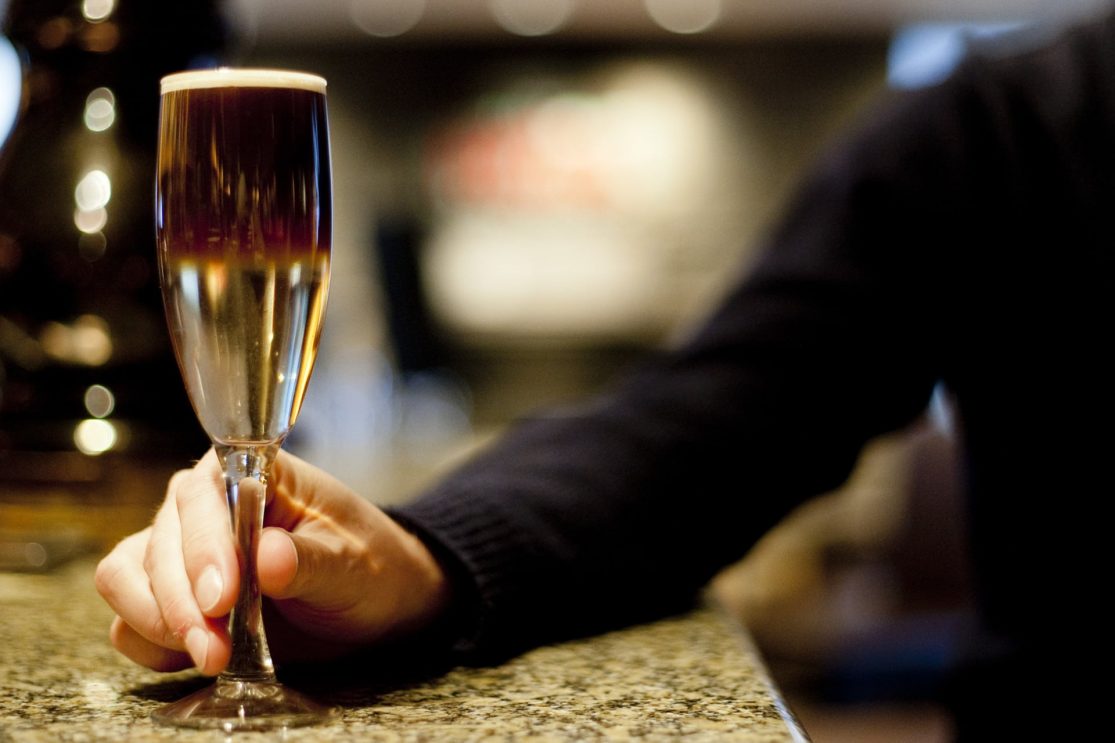 Stay classy. The decadent champagne and stout Black Velvet is sure to turn heads.

Okay, this isn’t a “lager cocktail”, but you can’t have a beer cocktail list without a classy doff of the cap to the Black Velvet. The name comes from the decadence of champagne topped – and it really is topped – with Guinness or other stout beer. This is an unusual drink order at the best of times, so if you’re looking to impress but still looking to beer down with the squad, this is your choice. Head to Buffalo Bills to grab a few games of pool and see whose head you can turn your way with a Black Velvet in hand.

Create Your Own Lager Cocktails with Gibbons Après Lager

Gibbons Après Lager was used for three of the five cocktails in our list. Not only does it make quality lager cocktails, but it’s also pretty damn tasty on its own, so you can either get creative or drink it straight from the glass – it’s win-win! Currently it can be found on tap at the Longhorn and Tapley’s, but keep an eye out because it won’t be too long before you can find it in cans at your local liquor store.

At the end of the day, if you like beer but want to try something a little different, there are beer or lager cocktails for every mood on this list, from just getting your après started to the inevitable hair of the dog the next morning.

See you at the bar and don’t forget – last one down the mountain buys the first round!

Beer on the brain? Read more on the nectar of the gods in our posts; A Beer Nerd’s Top 5 Whistler Craft Beer Venues, Spring Beer Trends, and Five Must Try Beers from Around the Globe. Or, if you love beer so much that you base your travel around it, check out the Whistler Village Beer Festival, the Great Okanagan Beer Festival, and our Guide to Great Canadian Beer Festivals.

In just a few short weeks, the Whistler Village Beer Festival returns to Olympic Plaza with 60 breweries and more than 120 craft beers. It’s easy to get lost in the sea of suds at the Main Event...

For craft beer enthusiasts residing north of the 49th Parallel, there’s nothing quite like walking through the gates of one of this country’s Great Canadian Beer Festivals. Dozens of breweries,...