The WSSF is back for 2017, and Whistler is about to get its annual increased dose of music, arts, sports and party. Whether it’s your first WSSF or you’re returning veteran, here’s the low down on what’s up at the World Ski and Snowboard Festival 2017.

You Don’t Want to Miss This

The Gibbons Style Session is back with a vengeance, and this year we’re rolling with the team format once again and have invited the biggest and sendy-est skiers and snowboarders back to compete for a whopping $13,000 total prize pool. One skier and one snowboarder will work together as a team to throw down the steeziest of tricks. A course designed by the masterminds of Whistler Blackcomb Terrain Parks provides the foundation for these duos to air, spin, huck or slide for the biggest style points. Teams only get two runs for their chance to wow the judges and the crowds. The highest scoring Men’s team will walk away with an oversized novelty cheque to the tune of $8,000, with $4,000 going to the winning Women’s team. The best team effort will be awarded with $1,000, plus a bar tab! The course will take shape Saturday April 15 in the Whistler Village Skiers Plaza, so walk by for a preview during the day. The Gibbons Style Session kicks off after the hip hop legend Busta Rhymes, with DJs taking to the Longhorn Patio before, during and after the event – make sure you don’t miss legendary DJ Z Trip’s set! 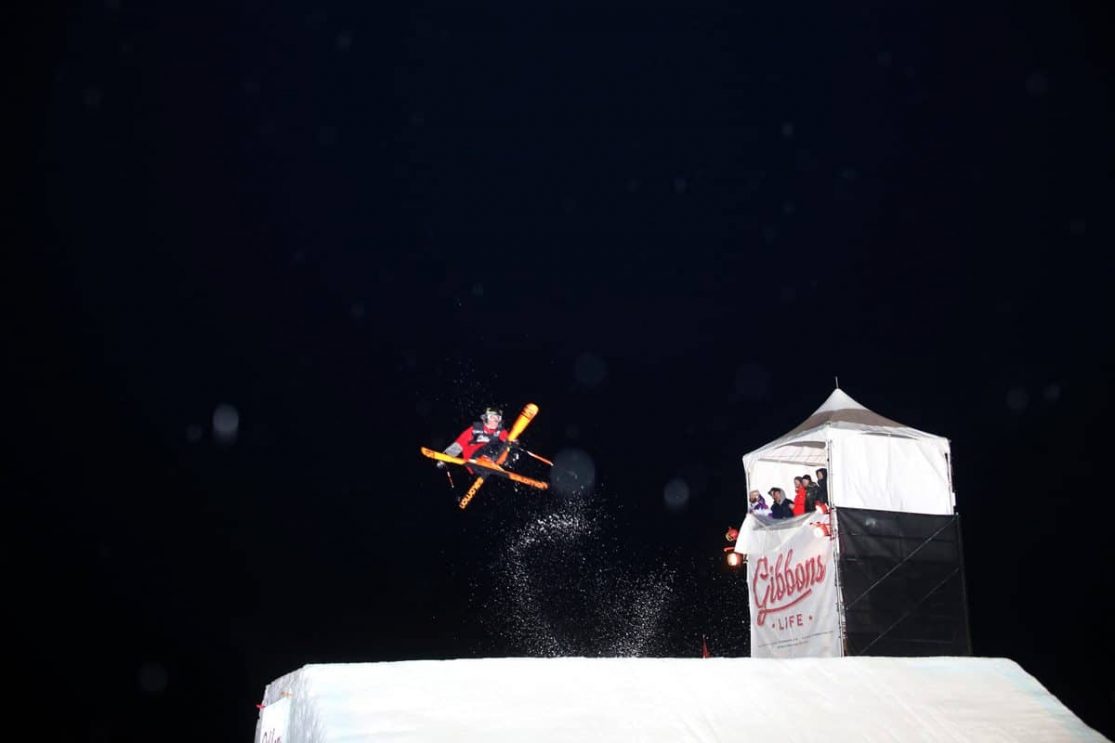 There is a lot going on during the World Ski and Snowboard Festival 2017, so we’ve done the homework for you and listed our top five recommendations: 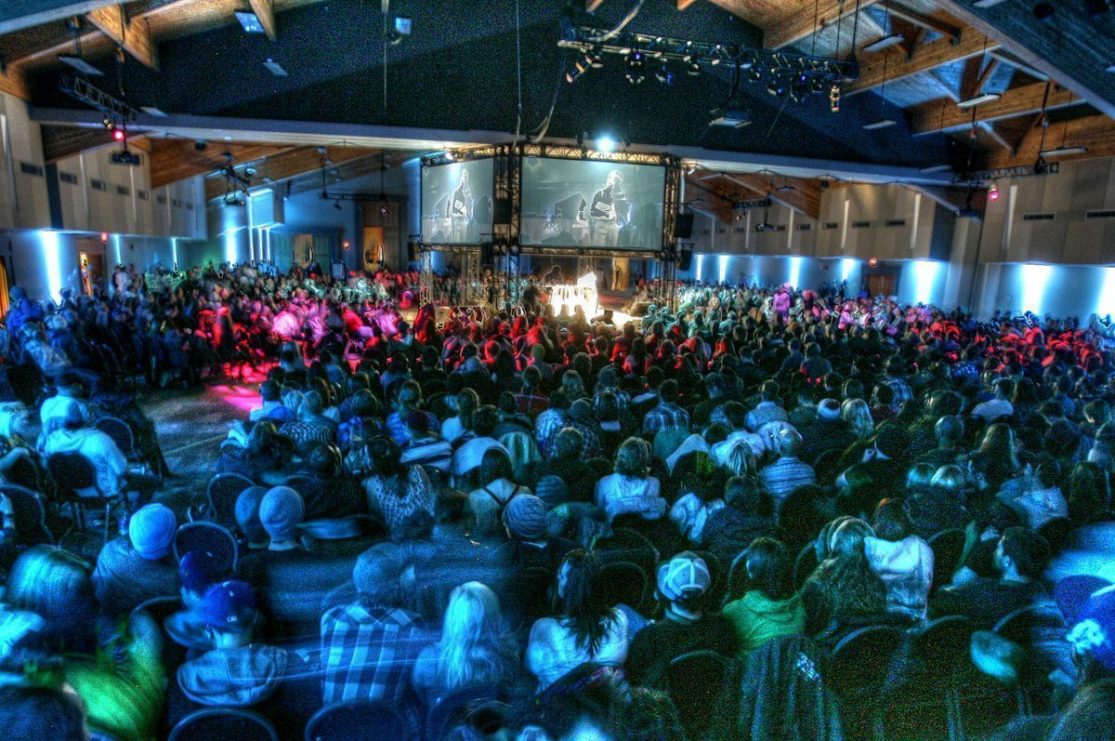 Sit back and enjoy the show. Ski movie magic at the 72 Hour Filmmaker Showdown. Photo: WSSF

Parties of the World Ski and Snowboard Festival 2017

Who doesn’t want to watch a WSSF event with a beverage in hand? Some of the best viewing spots for many of the village WSSF events are from a patio. We get it; sunshine and WSSF is the perfect pairing. When the sun goes down, après doesn’t stop, it just continues to the next event. We’ve got the inside scoop on the best parties during the World Ski and Snowboard Festival 2017, so you won’t miss a beat.

Everyday is a party at the Longhorn, but seriously, it’s steps away from the Fido Main Stage that is hosting free concerts daily. It’s the perfect spot for listening and watching with a beverage in hand.

On April 15, don’t miss the Patio Party at the Longhorn with Z-Trip and Adam Doubleyou.

And you’d better believe that the Longhorn is the designated viewing and après spot for the Gibbons Style Session on the night of April 15. Get there early to secure a great viewing spot from the outdoor patio for Busta Rhymes and the Gibbons Style Session. The athletes will be keeping this place bumping all night long after throwing down on the course.

Live DJs Fort Knox Five will be taking to the stage on April 13 as part of the Kokanee Freeride Club Series. Get ready to boogie to some infectious grooves. 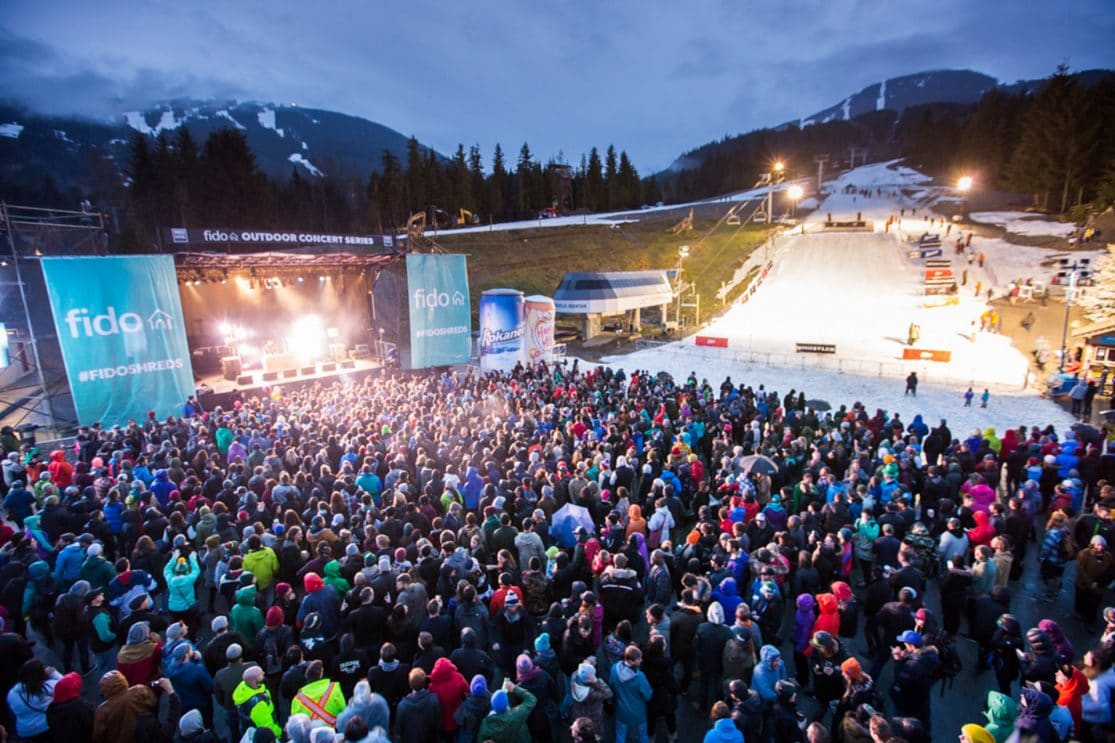 The ultimate patio party! Catch all the action of the Gibbons Style Session from the patio of the Longhorn.

The official after party for the Scar Wars Roller Derby Bout on April 8 is happening at Buffalo Bills. If you want to party with the Roller Derby queens, make your way to Bills after the main event in the Conference Centre. The skates will then be thrown off for all-night dancing.

Ready to laugh your face off? On April 11, Buffalo Bills will host the Whistler Comedy Showdown. Each performing comedian has worked hard to qualify for the showdown, so you can count on some quality laughs. Tickets for the Comedy Showdown are available for purchase here.

Buffalo Bills is also hosting urban Latino hip hop crew Ozomatli as part of the Kokanee Freeride Club Series on April 16. Energetic and eclectic, this is one show you won’t want to miss. 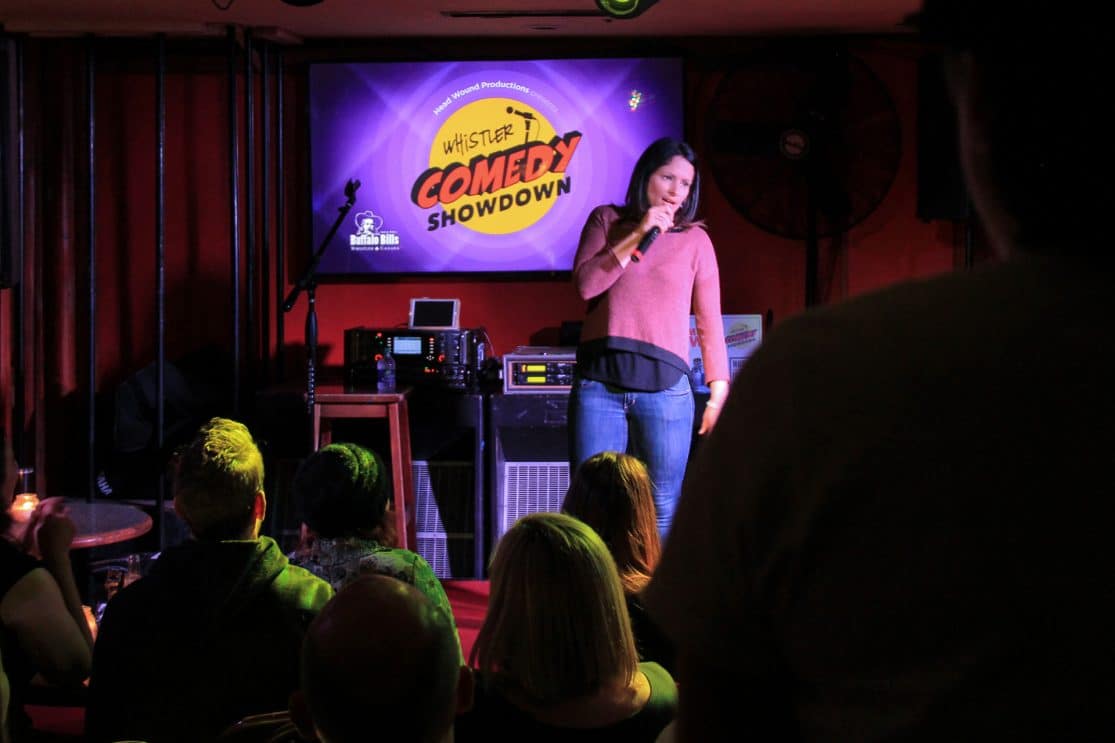 On April 7, Ontario-bred Derik Baker aka Virginia To Vegas will take to the stage at Garf’s to fuel the crowd with his incredible pop music mixes. An excellent warm up to the big week of music ahead. 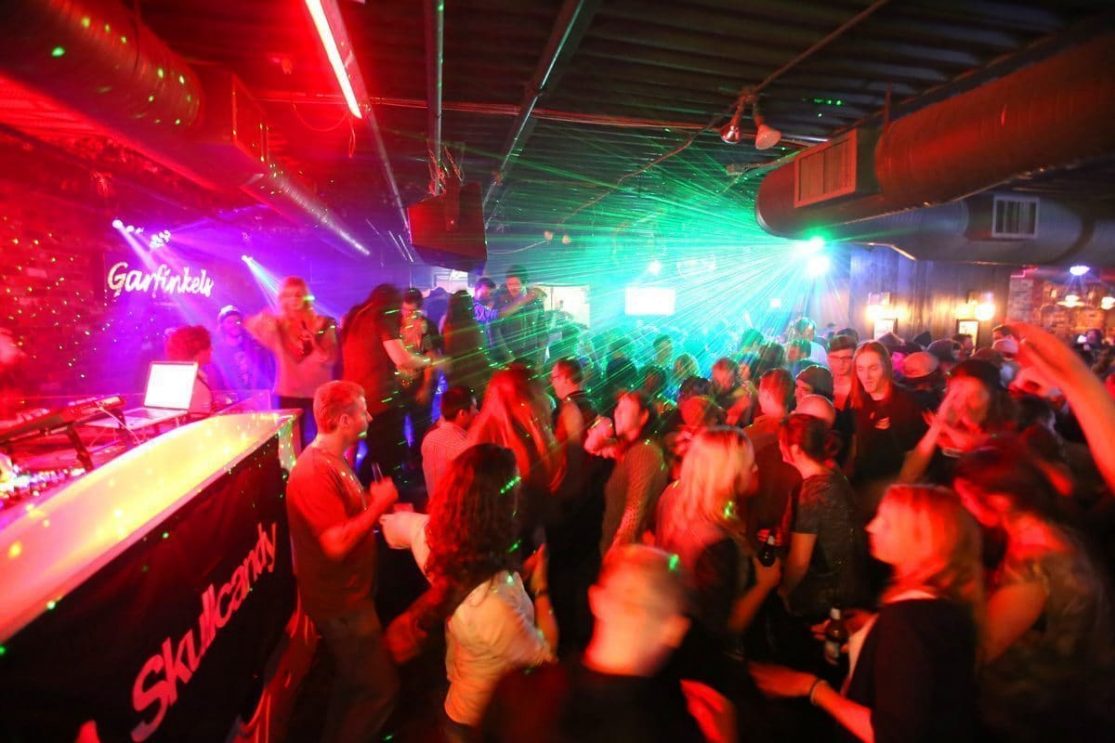 Dance the night away. Get your party on at Garf’s. Photo: WSSF

Any evening is a Tapley’s evening. Strategically nestled next to the Whistler Conference Centre, Tapley’s is your pre and post event spot for anything happening at the Conference Centre during World Ski and Snowboard Festival 2017. Enjoy live local music at Tapley’s any night of week during WSSF.

Are you just as excited for the World Ski and Snowboard Festival 2017 as we are? Want to experience the WSSF in true style? Contact our expert Whistler concierge services to book your ultimate VIP package or plan your perfect WSSF holiday.

No matter what type of spa go-er you are, we are sure that Whistler has an option for you. Find out which type of spa seeker personality best resonates with you and check out our recommendations for your...

You might think there’s no reason to visit Whistler without a bike or a pair of skis. You’d be mistaken. There is every reason to come after the bike park wraps up another non-stop season and before...

A Simple Guide to Surviving the Whistler Village Beer Festival

There are beer festivals, and then there is the Whistler Village Beer Festival, an event that takes celebrating beer in the mountains to a whole new level. Don’t believe us? We’ll let the numbers do...