A loveable lady, whose name needs no introduction – Mercedes Nicoll as you know her is a snowboard halfpipe Olympian, a professional snowboarder, and a captivating action sports personality. The Mercedes Nicoll we want you to meet is all of those things and more, the one that you don’t often get to see is what truly makes her a Character of Whistler. She generously donates her time to bring our community together in a variety of ways. She makes everyone she meets feel part of something bigger with her warm personality and contagious smile. Her influence is felt as she is involved in many events both in front and behind the scenes and is an active voice on multi boards that truly shape our town. Accumulatively her small acts of kindness, selflessness and grounded voice ripples through Whistler and their effects better us as a community, now that’s worth celebrating.

Before Mercedes was born, the Nicoll’s had a place in Whistler with a set routine of visiting every weekend possible – Mercedes arrival didn’t change this routine, she only enhanced it. In 1995 the family made the move to Whistler permanently and Mercedes instantly felt part of the core community. “Growing up in Whistler you’re always one with the community, but when I started competing and doing well in snowboarding, the community got to know me a little bit more.” It was during her high school years that she really defined herself as professional snowboarder with big objectives in mind. Committing to something bigger than herself isn’t something Mercedes shies away from, in fact from she seems to thrive in this environment and her track record proves it.

During her impressive career as a halfpipe Olympic snowboarder, Mercedes maintained her approachable and fun demeanor despite her serious intentions and a structured lifestyle. She confesses that she “found it a very selfish time, always on the road, trying to get new tricks, going from contest to contest, focusing on bettering my riding.” But her awareness of her pursuits never let her forget that “I always wanted to give back.” At a place now where this is her main focus, Mercedes explains where this desire came from, “I’m driven to give back because it’s how I grew up. My mom always volunteered her time, my mentors and friends like Roberta Roger would give back, if she had extra gear, she would give it, not sell it to kids. So what drives me to contribute comes from all the friends, family, mentors and heroes that I learned from. One day I hope others can learn from what I do, there’s nothing like making someone’s day. Yes, my time is important, but if I can change someone’s day for the better why wouldn’t I?” And again – this is why we adore you, Mercedes Nicoll. 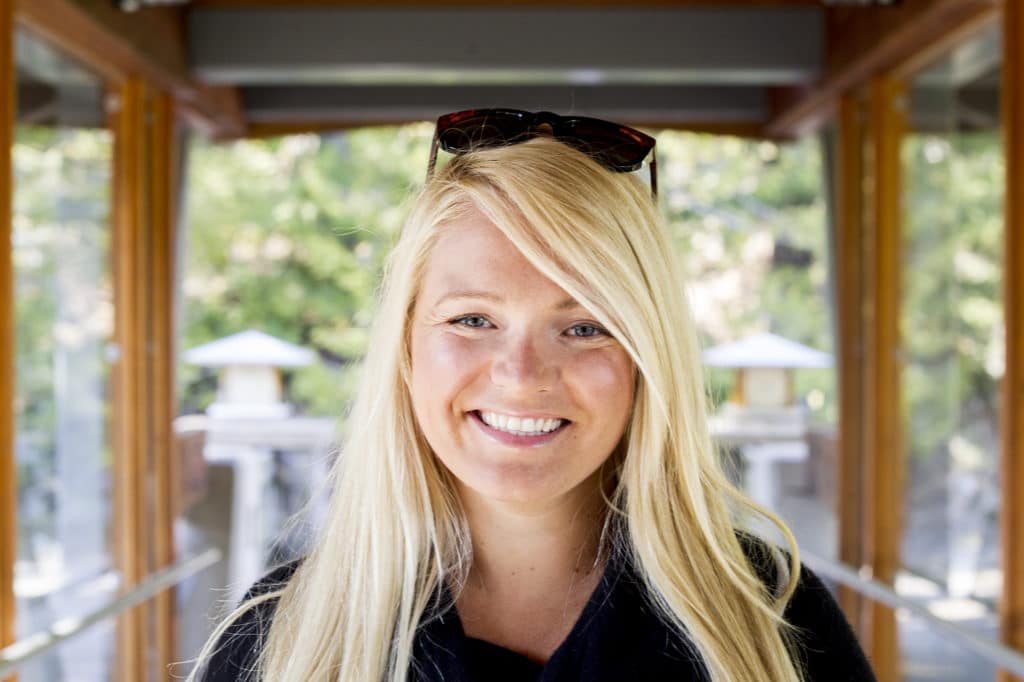 Mercedes has always given in one form or another to the community of Whistler since calling it home at the age of twelve but it wasn’t until she really needed the community that she understood the depth of relationship she had developed. “In 2014 I really had to lean on the Whistler community after a crash at the Olympics that took me out of the sport for two years. The community of caregivers; doctors, physio’s, optometrists, friends and even strangers sharing advice. This showed me how caring the Whistler community really is. With everyone’s help, I was able to not only snowboard again, but I made it to my 4th Winter Olympics.” A humble statement because those of us that have had an injury knows that the mental component, your own determination, and dedication to healing is a massive part of any recovery – props Mercedes! Unity of healing from the outside and within.

WHAT’S NEXT FOR MERCEDES NICOLL

Undoubtedly her childhood, career, and personality were influenced by growing in Whistler. She took the best of this place and made it a shareable tangible thing. “I’m really proud to still be in the action sports community, I volunteer my time on two boards (Canada Snowboard and Athletes, CAN) and I’m chair of the athlete’s council for Canada Snowboard, making the sport better for next generations to come. I’m also really proud of the Halfpipe FamJam event that is in its 4th year. Seeing all the groms coming out, hiking the halfpipe, really bringing it back to what snowboarding used to be, good times with friends, less competition, more fun, and progression.” 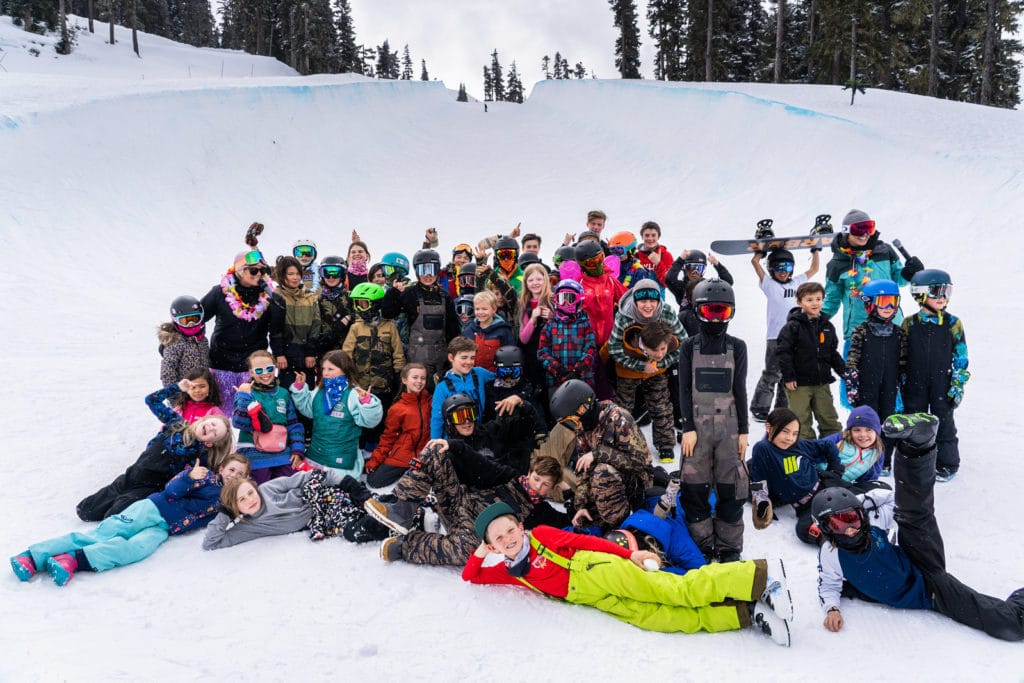 Shaped by her “family, the mountains, the Whistler community, the people here, injuries, travels, experiences, snowboarding, my friends and my parents for my independence, competitiveness, amazing values, I owe them a lot!” Mercedes hopes that the next generation of Whistlerites, “have the chance to grow up as I did here, being active outdoors and keeping that smile on your face while surrounded by like-minded friends and family.”

Without skipping a beat Mercedes distributes her time between the “Skiing with an Olympian” program at Whistler Blackcomb, hosting events like the World Ski and Snowboard Festival, RBC National Olympian Program, photoshoots, and stoking the Whistler community. We’re proud to call her a Character of Whistler and it’s pretty easy to see why she’s the perfect fit for a feature! Keep doing what you do best Mercedes! 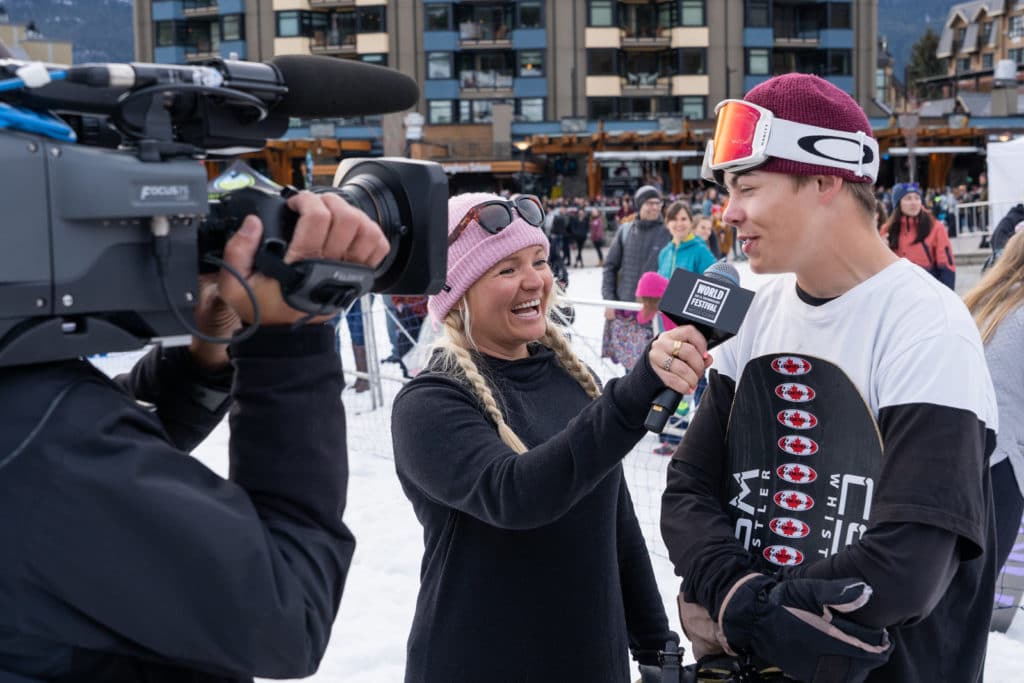 Read the round up on all of the released featured “Characters of Whistler” so far. Impressive Whistler locals like Kups, Johnny Foon and Nadia Samer are on the growing roster so far.

Our Year in Review

Our social media team scoured the Gibbons photo and video banks picking out some of the key events from 2014 and placed them in one epic slideshow....

Her shiny soul beams through her contagious smile and is apparent in her welcoming approach. Heather Paul is an instant friend to all who have the good fortune of meeting her and it is this superpower...