The stoke meter has been high all week long in Whistler with the World Ski and Snowboard Festival (WSSF) in full swing. Every night has drawn goggle tanned adorned skiers and snowboarders indoors to events and onto the patios in the afternoon for après. There hasn’t been a lull of excitement all week and Saturday night was no exception. One might say the second Saturday of the festival is the climax of the whole event. A stacked day with the finals for the Monster Boarderstyle taking place mid-afternoon followed by a ski down and out to the Fido stage. You could hear the thunder rolling from the stage from none other than Busta Rhymes – yeah that’s right, Busta Rhymes was performing for free on the Fido stage! It felt like the entire village was dancing! When Busta cleared the stage the crowd did a 180 and filled the already packed Longhorn patio for a roof top show by legendary DJ Z-Trip! It was non stop, in every direction there was a party, good vibes and plenty of skiers and boarders with smiles plastered all over their faces. And then the lights dimmed.

A big “Hello Whistler” echoed from the Fido Tower and interrupted the party infused crowd for the main event of the night, the Gibbons Style Session. YES, the Gibbons Style Session was back for another year of mayhem! Big name pro skiers and snowboarders from around the globe stood atop a massive jump crafted by the skilled Whistler Blackcomb parks crew ready to launch, huck and flip their steeze into the crowds below, accompanied by the Fire and Ice crew. 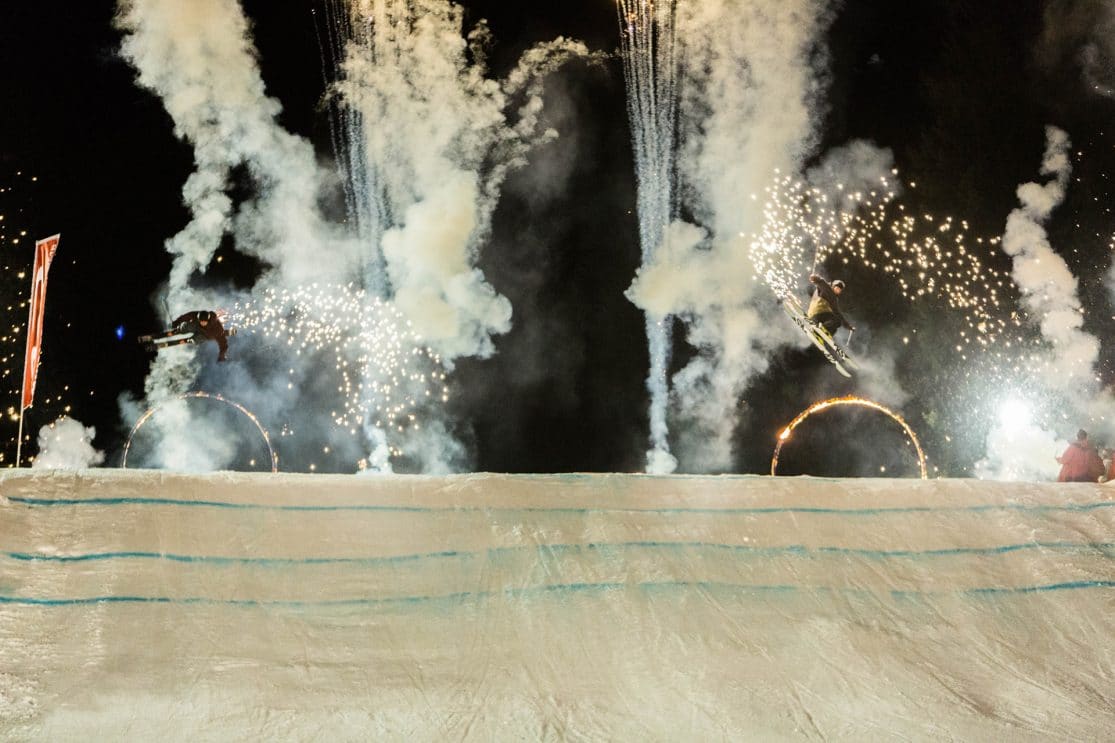 Got steeze. Big name skiers and snowboarders, along with the Fire and Ice crew, wowed the crowds with their skills. Image: Jeremy Allen

Skiers had to team up with snowboarders and vice versa. Ladies with ladies and gents with gents. Each team of two athletes got two runs. Teams dropped together but were judged individually from a panel of two snowboard judges and two ski judges. Each athlete’s score was added to their partner’s score for the team total per run. The highest combined score from the two runs determined the finalists. There were points awarded for coordinating style and jump approach.

This years teams delivered stylish tandem tricks lap after lap off the 45ft jump. The crowds roared below begging for more! Fireworks, rings of fire and fire dancers entertained as the athletes moved up and down the hill – it was a sight for all ages and fan levels alike. We can’t thank all of the athletes enough for getting after it and of course the Fire and Ice crew! 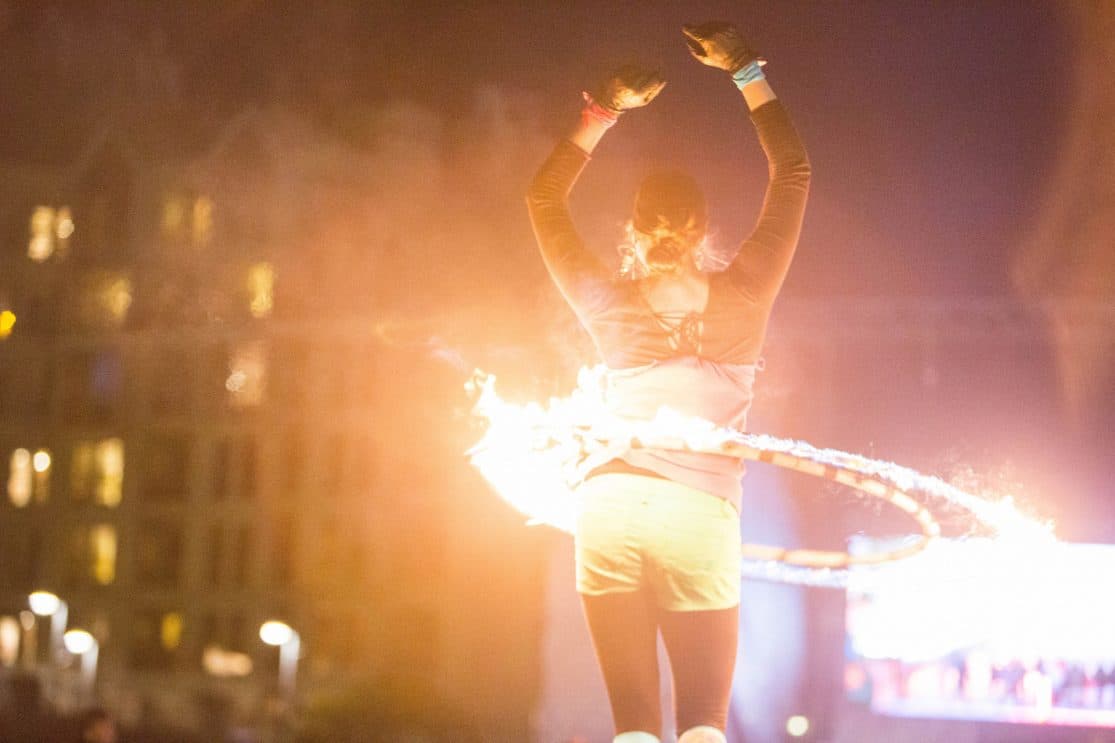 And with that, let me introduce to you the winning teams dubbed most stylish by our crew of judges:

As soon as the awards were in their rightful owners’ hands the party kicked off again. It really was the perfect way to wrap up a week of nonstop excitement, shredding, partying and good old fashioned fun! Not sure how we will attempt to top this next year, but that’s a task for another day, happy to relive this night for a while! Thanks for having us WSSF!

Style Session this year was… ? Did you see it?! ? @thefulltimehobby / @beaconmediagroup

Whistler, it’s a town with a heartbeat. A place where the people and the landscape become one. The mountains are reborn with the seasons, each offering a unique method to explore and appreciate them....